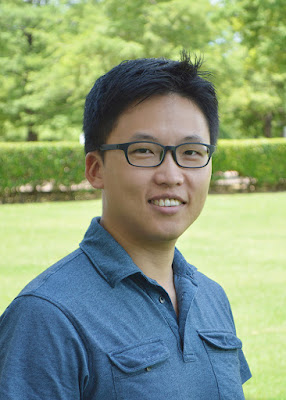 I am an Assistant Professor in the Department of Computer Science and Engineering at POSTECH, where my students and I run together Human-centered Intelligent Systems Lab (HIS Lab) and do exciting premiere things as a team. I also hold an adjunct appointment in the Graduate School of Artificial Intelligence, POSTECH.
My research interests broadly lie in the areas of Mobile Computing, HCI, and Applied AI. Specifically, I have been focusing on intelligent & interactive mobile/IoT computing systems embodied in the real-life space. I strive to explore and deepen the unknown potentials of mobile, IoT, and emerging front-end/edge systems as a platform that fosters new classes of human-centered applications permeating and enriching our real-life experiences. My research has been actively opening up new agenda in this highly dynamic, multi-dimensional research space where systems issues and real-life factors collide and evolve together. I am passionate about making novel technical contributions therein, such as the development of new socio-mobile interaction platforms, enablement of advanced services on commodity devices, computational formulations of qualitative human problems, and new system optimizations and breakthroughs under unique application-driven constraints of latency, scalability, energy, laws of physics, and human factors.

Every real-world applied system is built on a specific purpose to do good in our real lives. In my research, the main ‘good’ aims at extending and augmenting our social and cognitive abilities beyond the natural-born limits. Despite the abundance of online social interaction tools, real-world interaction constitutes a crucial part of our life; it excels in conveying nuanced cues and catalyzing empathy, and needless to say, it is our universal mode of interaction. However, it is evident that real-world interaction can take place only within certain constraints, in terms of space, time, scale, and cognitive capacity. Upon solid computational foundation and often collaboration with domain experts, my research has explored new interdisciplinary systems to create and boost our socio-physical interactivity in the context of health & well-being, family support, child care, sports & games, and supporting underrepresented social groups.

To date, I have been serving on the program committees and/or editorial board of a number of premier academic venues leading my areas of research, including ACM MobiSys, ACM UbiComp/IMWUT, ACM CHI, ACM CSCW, IEEE INFOCOM (including an upper-level membership a.k.a. Area TPC Chair in INFOCOM 2021) and so on. I served on the NSF panel as a panelist to review grant proposals. I am a recipient of the Best Paper Award in ACM CSCW 2014. My systems won multiple Best Demo Awards in ACM MobiSys 2019, MobiSys 2012, and so on. My research has generated 30+ papers at premier venues and 90+ issued U.S. patents so far.

Before joining POSTECH in October 2020, I spent 6 years at IBM (2014-2020) as a Research Staff Member at IBM Research - Austin. Before IBM, I was a Research Assistant Professor at the Center for Mobile Software Platform in KAIST, Korea (2013-2014). I received my Ph.D. in Computer Science from KAIST in 2013 under the advisement of Dr. Junehwa Song, and B.S. / M.S. in Electrical Engineering from KAIST.
SELECT AWARDS & HONORS


Jan. 2021: Our paper on AI-powered facilitators for inter-generational interaction has been accepted to ACM CHI 2021!